After the new Flowers and Keyboards serial starting up again, I couldn't leave this one behind. So, here is the second book of the BASE Status series!

This will update twice a week, on Tuesday and Friday!

Some people who may have clicked around here or on the Engberts website, may already have seen that, just like Colour Her, this book is also available for pre-order (everywhere but Amazon because of stupid Amazon rules) while it's running as a serial. The tentative release date for BASE Status: Update as a full book is the 9th of July.

With all that out of the way, let's get to the story!

Augmented reality like you’ve never experienced before!
No more need for headsets or other devices to dive into a virtual world, everything comes right from your BASE unit!
Try out this brand new experience with Shades of the Spirit World!

After saving Helheim Fallen Online from certain company destruction and a lot of people from harm, Willow’s life seems to be going in the right direction. She has a job, her best friends in the guild she plays in and plans for the future. A future that she never thought she’d be able to get not even six months ago, a future that was kept from her because she’s autistic.

Now an update to the BASE (Bioelectrical Augmented Synapse Enhancement) unit and platform open up a world of opportunities for her. It promises a full virtual reality experience but as an augmented reality instead, something she’s been wishing for for years.

The new game that’s going to be released at the same time as the update, Shades of the Spirit World, at first just seems like a fun way to spend the time. It’s not the most complicated or involved of games, but it looks beautiful. That is, until some strange things start to happen in the AR world. Some AI are showing very human traits, more so than anything she’s seen before.
And when there are reports of AI going rogue and killing other AI, something the game hadn’t been programmed to do, things start to get really interesting. Read More!

Today we're starting with the first of many giveaways to celebrate this redesign of my writing life!

If you want to know about the why and how of this redesign and giveaway, take a look at yesterday's post! New Year, New Style!

Enter below to win paperback copies of the three Young Adult books I released last year:

The first two are romances and the last one is a science fiction novel. They all revolve around queer and neurodiverse characters who get into (and out of) a lot of trouble.

Here are the books you can win! 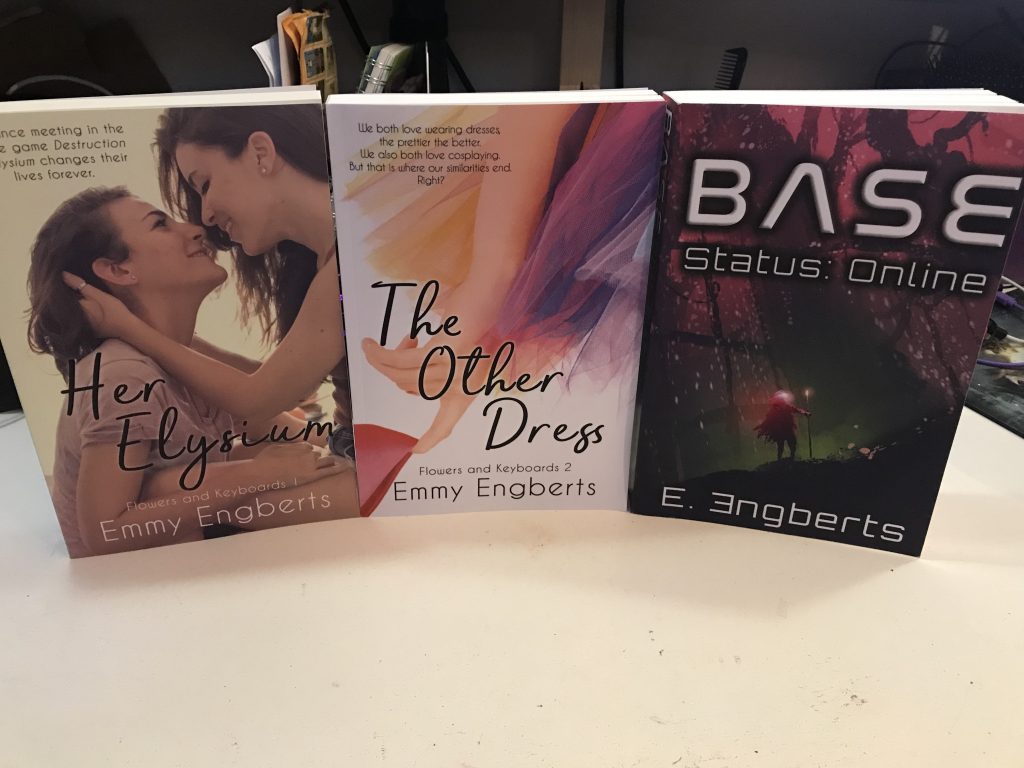