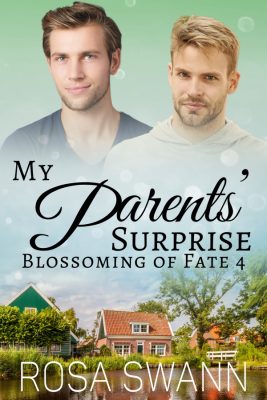 Destin
We’ve been trying to keep a low profile for the last couple of weeks, ever since the weekend I mated Seb, but that’s about to be rudely disrupted.
It didn’t help that I told our parents last night that Seb was sick from drinking too much booze, after they were already worried about him. And I’m not sure that my explanation of ‘sorry, it was a stomach bug, Seb doesn’t have a drinking problem’ this morning is convincing any of them. Which is bad, especially with Seb’s dad’s birthday party tonight…

Seb
All eyes are on me, judging my every action. Between me trying to avoid my parents, looking rough from not getting enough sleep because of stress and my younger twin brothers acting out at school, my parents are on high alert about my behaviour.
It doesn’t help that I’m already feeling guilty over keeping a massive secret from them, and that I’m making others keep secrets too, which all makes the early pregnancy symptoms even worse. How am I going to survive my dad’s birthday party without giving away what’s going on?

This is the fourth novella about Alpha Destin and Omega Seb in the Blossoming of Fate serial, which takes place in the non-shifter Omegaverse Mates World and contains mpreg (male-pregnancy).