Their family is falling apart, but Destin will do anything to keep them together, no matter what… 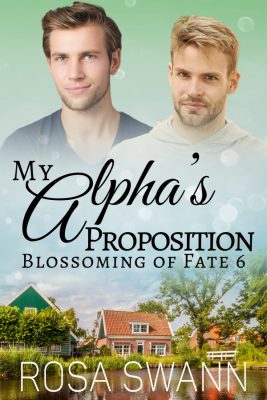 Their family is falling apart, but Destin will do anything to keep them together, no matter what…

Destin
In one week, our brittle happiness for the future seems to have shattered to pieces. Not only do our families now know about Seb being pregnant, which was good, but Seb’s younger brother Dan shared a secret of his own with us, making the brothers butt heads. When Dan was finally ready to admit to his parents what was going on, Seb’s other brother, Mikey, unwittingly shared a secret of his own.
I’ve known these brothers all their lives, and even I didn’t see what had been going on for months now. But I do know one thing, now Seb is my mate, his younger brothers are my younger brothers too, and I will find a way to fix this, no matter what I have to do. For their sakes, but also for Seb’s sake, for our future.

Seb
After finding out about the problems my younger brothers are in, I feel like I’ve failed them, that I didn’t do my duty as an older brother. Even though I know that’s not true, I’m their brother, not their parent, it doesn’t make the feeling go away.
We finally had a plan how we could help Dan, it was a good plan. But with what just happened to Mikey, I’m not so sure anymore. It feels like ever since I left for university, everything at home has been falling apart.
Not to mention, Monday morning, I have to meet with a university counsellor to make sure I can keep going to classes until the end of this year, and I have to take Destin and both our Alpha fathers with me. The meeting will have to be calm, controlled, follow very strict rules that only the university seems to know about. But with all the emotions running so high in our families, why do I have a feeling that the meeting might not go that well?

This is the sixth novella about Alpha Destin and Omega Seb in the Blossoming of Fate serial, which takes place in the non-shifter Omegaverse Mates World and contains mpreg (male-pregnancy).