Two best friends, one Alpha, one Omega, reunite after having been apart for the first time in their lives, finding out that everything they knew about the other has changed. Are they ready to face their future? 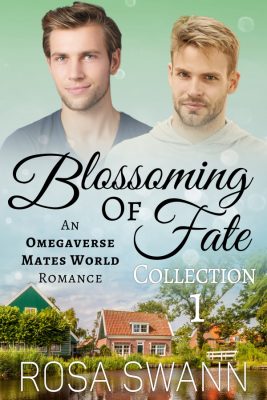 Two best friends, one Alpha, one Omega, reunite after having been apart for the first time in their lives, finding out that everything they knew about the other has changed. Are they ready to face their future?

Destin
The plan was that I would pick my life-long best friend Seb up from the train station, we’d have a week of wild antics as he takes a break from his university work and that life would go back to normal after that. Of course, we all know what happens to plans…
Instead, the moment I catch sight of him at the station, my heart starts beating in a way that I’ve never felt before. We’ve always been close. We’ve basically grown up together, like family. But these new feelings are a different type of ‘familial’. I want to claim him. Mark him. Make him mine.
I try to fight it, to stay away from him, but that only brings more trouble…

Seb
Being at university is the longest I’ve ever been away from my best friend, Destin. He decided to stay at home to work at his daddy’s company while I pursue a degree. It’s been quite a change from seeing each other every day to not seeing each other for weeks, but that time is finally over as I’m home for fall break.
Only, once I arrive, things start to spin out of control pretty quickly. My body responds to Destin in ways that it has never done before, the way an Omega’s body responds to their fated Alpha, and it scares me. It scares me so much that I flee, trying to avoid Destin at all costs.
Which only brings even more problems, as when an Alpha and an Omega recognise their fated mate, trying to deny that connection can cause real harm…

This collection includes the first five novellas about Alpha Destin and Omega Seb (My Omega’s Return, My Lover’s Resolve, My Mate’s Dilemma, My Parents’ Surprise, My Sibling’s Struggle) in the Blossoming of Fate serial, which takes place in the non-shifter Omegaverse Mates World and contains mpreg (male-pregnancy).