A week later than expected, I was working my ass off getting everything ready for YALFest, which was amazing BTW!!

BUT, here is the final giveaway of the New Year, New Style giveaways! You can win all three paperbacks in The Vampire's Past Trilogy.

This trilogy is part of a much bigger world, two stories of which I wrote way back when I was a baby writer (I may rewrite them so I can publish them at some point, when I've got space in my schedule… Haha… ha… ha… hmmm…). This trilogy I'd already started on almost a decade ago, but it disappeared into my rabbit hole of story ideas. When I restarted it, I grabbed the old version (which is most of the first book, I was far from finished with it), made a broad outline of what I'd done and then I literally wrote the story from scratch from page one. After finishing the Omegaverse Mates World serials, I wanted something totally different, which this is. It's vampires, vampire hunters, sexy long-haired guys and lots of sweet and sexy (okay, those last two are also in the OMW serials, but I guess that's just who I am…).

The trilogy starts with His to Protect, then His to Guard and finally His to Rescue, and they're all following the same couple, Sean and Jules. Fun fact, until days before the publication of the first book, it was still called ‘Sean', not His to Protect.

Here they are right next to each other!! 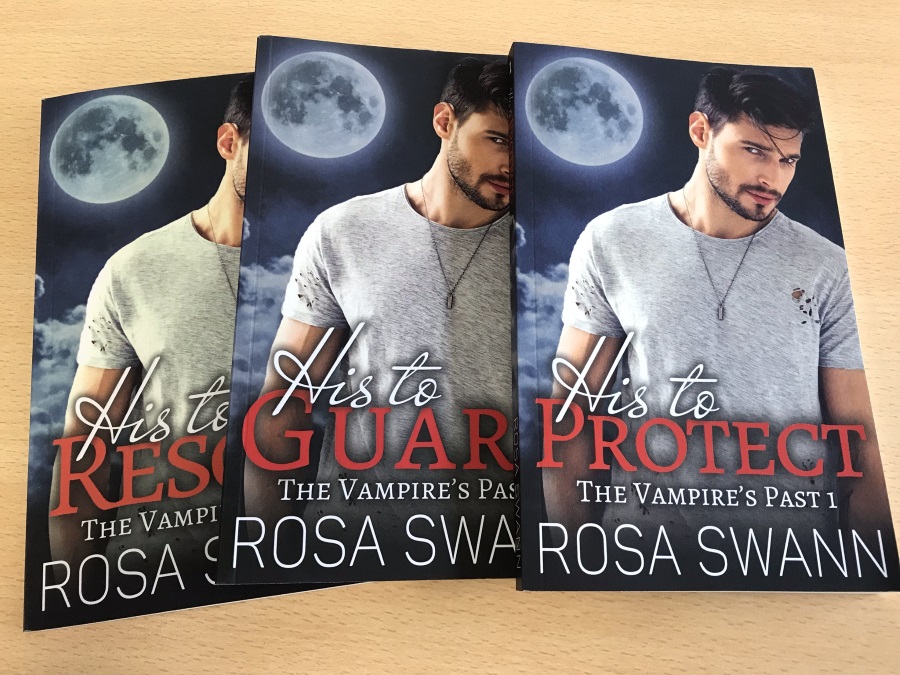 With the previous giveaways there may have been a few issues with people not understanding that filling out your email in the Rafflecopter app does not mean that you signed up for the newsletter. You need to follow the link in the app or the link below to sign up, and then you need to fill out your email again in the app to let me know that you did. Thank you! <3

And the spines also look really nice together, though they're not as unique as some I've done, they're still cute: 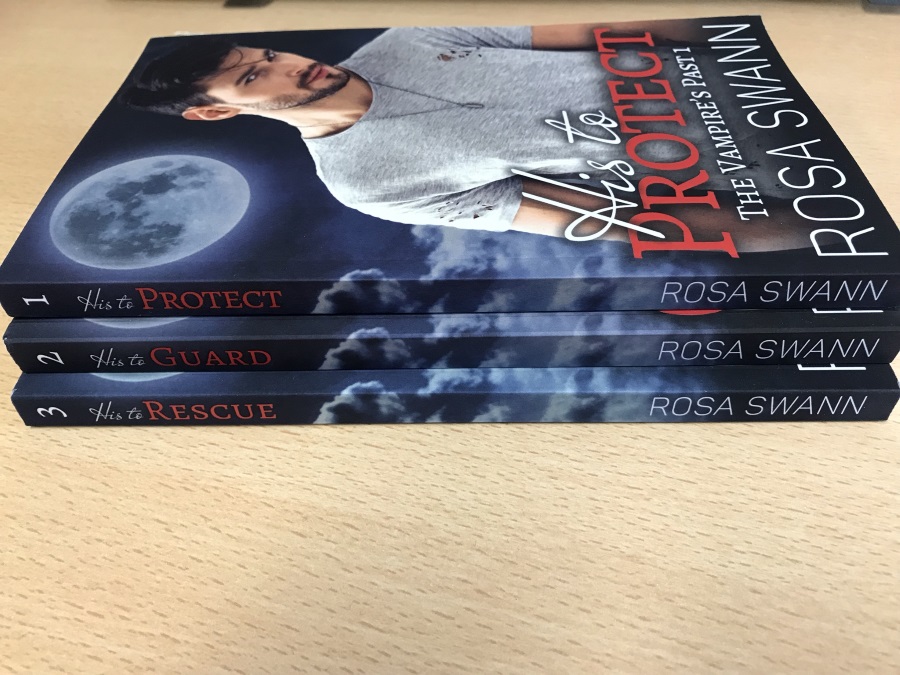 Good luck! Let's go out with a BANG for these giveaways!!