One threatening letter, a whole house in disarray. 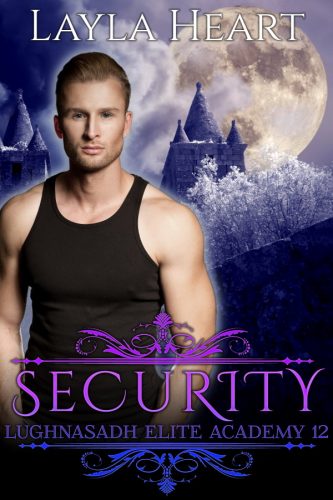 One threatening letter, a whole house in disarray.

After Rune received a letter threatening that someone would kill them on their wedding day, Litha and her mates have to reorganise their whole lives. They’ve been living in bliss for the last months, but the letter sharply brings into focus that even though the war is over, they’ll never be truly safe from people wanting to get rid of them. Especially not after the wedding and Bane and Kit’s crownings, when they’ll officially be ruling all the kingdoms at once.

While Terra, a commander from the old dragon rebel army, has declared herself head of the brand new royal security team, Litha and the others want Bastet, the woman who used to protect Litha back in the human world, to become their house manager. Bastet’s first task? Hire staff for the household, and vet them, in just a few weeks, while also coordinating with the wedding preparations and other upcoming events.

Between the changes in the household, their classes, and their little family, the lovers have another important thing to take care of, Beltane, Kit’s birthday, which is only a few days away…

This is the twelfth novella in the Lughnasadh Elite Academy serial, a reverse harem #WhyChoose story. This novella may include any of these elements: steamy scenes, ‘I need tissues NOW’ moments, cries of ‘why, oh, why’ and cliffhangers that make you bite your nails (and curse the author).
This story includes MF, MM and also FF scenes, but everyone is primarily focused on Litha and there are no sexy scenes between the guys and the other girl.