Sophia’s family turns out to be even more… complicated, than she originally knew. 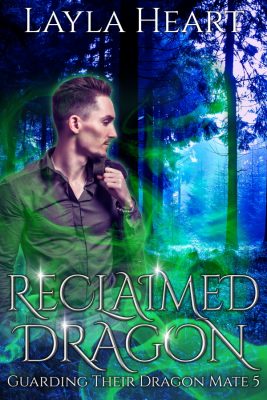 Sophia’s family turns out to be even more… complicated, than she originally knew.

When Sophia and her men finally make it into the magically locked room in the library, the room that has been closed off for decades, they not only find out how long her father’s side of the family has been in the area, but that they’ve secretly been doing research for the fae the whole time.

The five’s nosing around in the room has alerted people and Sophia’s half-sister shows up to check out what’s going on. Her half-sister, who she had no idea existed and who has a fae mother…

Things should have become easier now that they’ve found the research in the library and can use that to their advantage, but more than answers, it all throws up questions for Sophia.

Questions about her father, about who she really is, who the rest of her family are and what they’ve done to the people from the town where she grew up. But most of all, questions about what it means to be a half-dragon, now that the connection she felt with her witch side of the family has gotten so tainted.

This is the fifth novella in the Guarding Their Dragon Mate serial, a six episodes long reverse harem #WhyChoose story. This novella may include any of these elements: steamy scenes, ‘I need tissues NOW’ moments, cries of ‘why, oh, why’ and cliffhangers that make you bite your nails (and curse the author).
This story takes place in the same world as the Lughnasadh Elite Academy and happens after the events from the other series. Both series can be read stand-alone, they are about different characters, but they are connected.