Couldn’t her first week of new responsibilities have ended at least a little less… bloody? 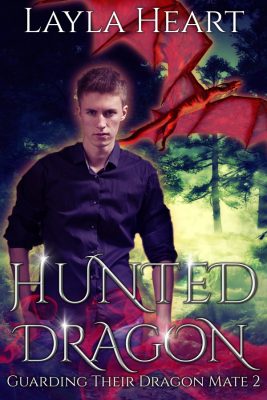 Couldn’t her first week of new responsibilities have ended at least a little less… bloody?

Sophia and her men have barely left the safety of the Academy grounds when they’re faced with the first big obstacle, a group of renegade fae soldiers set on killing them before they reach their destination.
But the fae soldiers obviously underestimated the group of highly trained fighters, from fire dragons to werewolves and even an assassin, and the five manage to survive the attack with minimal losses. Minimal losses, but a very real sense of the danger ahead of them.

Can they reach the dragon town without more attacks or trouble, and what will they find once they’re there?
Maybe more importantly, what happens between Sophia and her men now they’ve put their lives in each other’s hands?

This is the second novella in the Guarding Their Dragon Mate serial, a six episodes long reverse harem #WhyChoose story. This novella may include any of these elements: steamy scenes, ‘I need tissues NOW’ moments, cries of ‘why, oh, why’ and cliffhangers that make you bite your nails (and curse the author).
This story takes place in the same world as the Lughnasadh Elite Academy and happens after the events from the other series. Both series can be read stand-alone, they are about different characters, but they are connected.