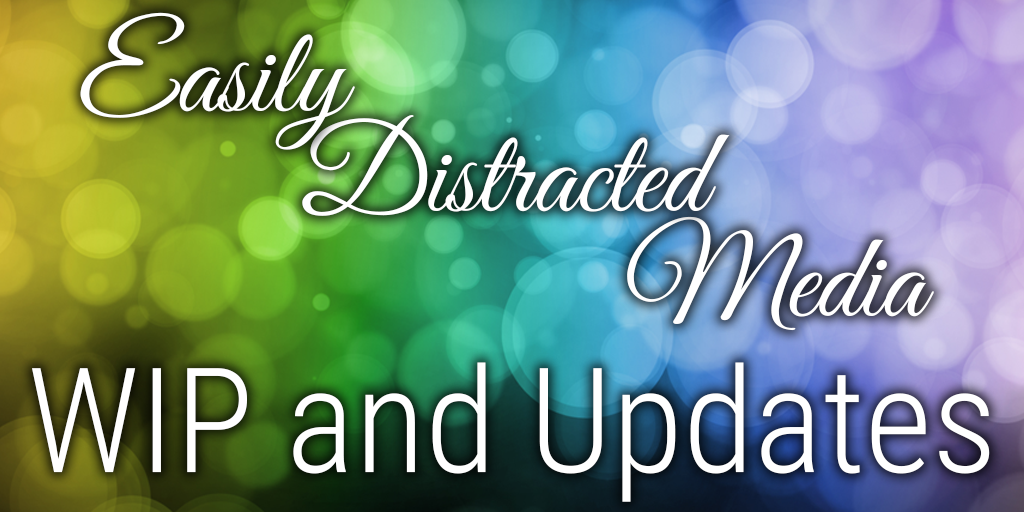 Time for a new update! While I keep hoping to do these posts more often, I keep getting distracted, but today I've got a lot of cool things to update you on! Lots of updates on old and new stories and I'm exploring new avenues to reach new readers! Books that are being published on Radish, books that are back on sale and updates on upcoming books.

First, at the end of last month, I got approached by someone, asking if I'd like to publish my books on Radish. After thinking it over for a while, I accepted the offer and there are now three books being released in serial updates on Radish! I'm really excited about it!

Radish is a reading app for your phone or tablet and you can read a lot of free stories, or stories that cost 3 coins per chapter to unlock. The first three chapters of a book are always free to try! I've seen some really really cool books on there and I'm definitely going to be reading more of them!

The first book being published on Radish is Second Chance at Christmas, which will update Wed and Sat! The first six chapters are already available! 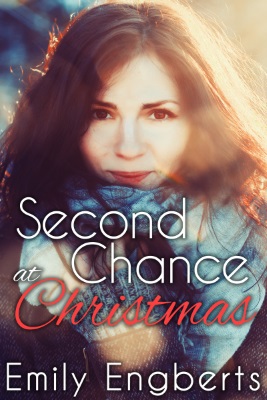 The second book, well, serial, being published on Radish is the Second Chance Mates serial. It will update Mon/Thu/Sun, and when I scheduled it out… I realised that this would run until July, because the serial is so long! The first seven chapters are already available to read! 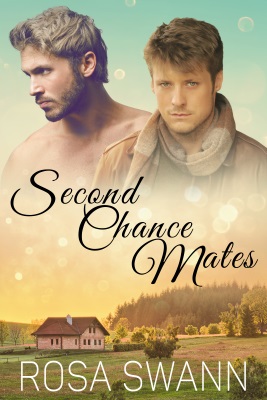 The third book being published on Radish is Shattered! This one will update Tue/Fri. I already published the first six chapters today because I couldn't wait and because I wanted to write this blog post and didn't want to go all ‘you'll have to wait a couple of days to get it'. Nope. The first six are available now, and the rest will update according to the normal schedule. 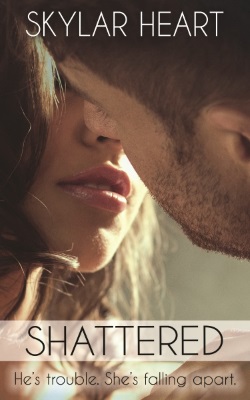 The cool thing is that for the three hours after a chapter is published, there is a chatbox available and we can actually chat about the chapter or the whole story there! I'm hoping to see some of you there!

I currently only publish these backlist titles on Radish, to test it out and see how well it works for me. If this experiment goes well, I may even start writing new books on the Radish platform, like more Skylar Heart books or maybe even more Rosa Swann books. For now, I'm just testing this, but it's definitely a possibility if this works out well. So check it out and let me know what you think of the platform!

You can read about each serial and the first chapter of the story on their announcements:

Colour Her (Flowers and Keyboards 3)

With all those different stories and serials, here is the schedule of which story publishes when: (colour coded the stories, but not sure that helped much, it now just looks like a cool rainbow… ah, well)

Second, I've reformatted all my books, yes… all of them… That added up to 76 publications (of which about ten are box sets), which kind of surprised me, it was so much. But, anyway, the backmatter of all the books have been standardised, newsletter links now all go to the newsletter for Easily Distracted Media and things like that. There is still penname specific things in the back but also general Easily Distracted Media pages, which makes my life a lot easier, even though it took me four hours to format all the books to regular ebooks (which was the easy part) and then another seven hours to format them for Smashwords… And about six to eight hours to upload all the books everywhere… I'm really hoping I didn't miss anything, because that was a lot lot lot of work!

While I was doing this, I've also republished a series that I'd taken off sale last year (after Amazon was being annoying). The idea was to rewrite the series (yeah, like I'd have time for that…) and then republish, but that never happened and I don't see it happen any time soon. So, Feathers and Microphones, my angel and rock star serial, is now back on sale!! 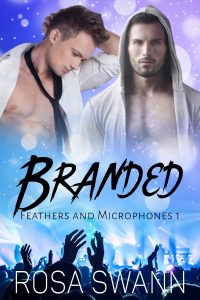 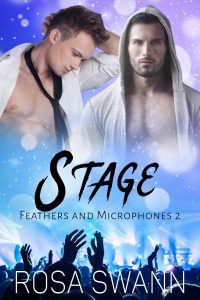 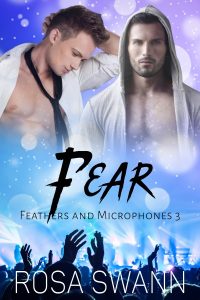 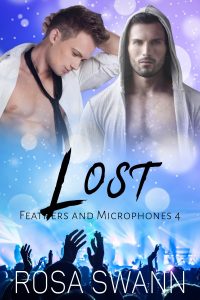 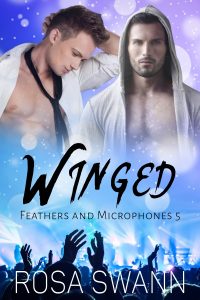 I do have a box set for it, but it seems I don't actually have a page for that, so I don't have a quick way to link it.

ALSO, the first book in this serial is FREE!!

I also published some books that hadn't been published on Smashwords yet, like the Lunar Pack stories and a lot of box sets. Now, you can get basically anything for any of the stores (apart from box sets over $9.99, those are not available through Amazon because Amazon punishes authors for pricing ‘too high' according to their standards and they cut our royalties in half). For readers with Kindles, you can actually grab a mobi version of those box sets on Smashwords, and read them on your kindle really easily that way. This is just for the full box sets of Second Chance Mates, Making a Family, Omegas' Destined Alpha and the whole whole box set that includes all three of those called Omegaverse Mates World.

And for some new updates!

I'm looking at an end of March/start of April release for the next lesbian romance. Things have been going a little slow, but I'm now halfway through the story and I should be able to finish it up in the next two to three weeks. I'm really really looking forward to sharing this one with you all, it's soooo sooo cute!

And that's the end of this update! Quite a long update, but I somehow had more to share than I expected.

Also, don't forget that you can still win paperbacks of Shattered and Unraveled in the third New Year, New Style giveaway!! We're in our final week for that one!

Have a great week!