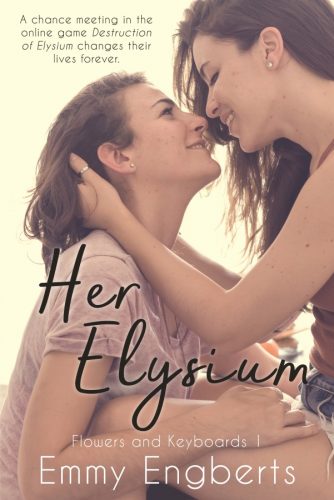 A chance meeting in the online game Destruction of Elysium changes the lives of a healer and a tank forever.

The digital worlds of MMORPGs are Alex’ only safe space. Online, she’s the great AlexTheDestroyer, leader of one of the biggest raiding guilds in Destruction of Elysium, a max level tank who can handle any monster and she knows her way around every dungeon. In real life, she’s just Alex, a clumsy girl who’s hyper and too impulsive.
Until she meets a healer who seems to be able to heal more than just her online character. Only, Alex can’t fall for her. The guild desperately needs a new healer, or they’ll lose their top rank.
Can she risk the fate of the guild just to confess to the one girl who really seems to get her?

Fleur is a girly-girl who loves flowers, dresses and being a healer in her favourite MMORPG.
But in this online world, like in real life, she feels like she’s only playing a role, never truly herself.
That is until she meets a tank who seems to match her play style perfectly. She’s curious but also a little wary.
Can she really trust someone she met in a videogame?

When Alex and Fleur meet offline at the yearly guild meeting, everything they ever knew starts to shift… 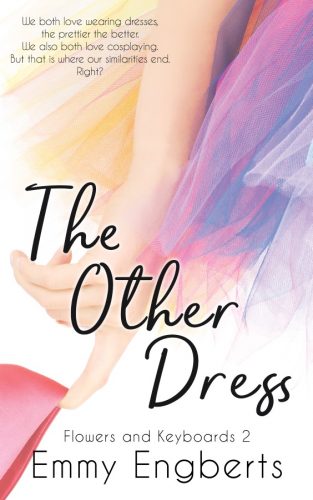 We both love wearing dresses, the prettier the better.
We also both love cosplaying.
But that is where our similarities end.
Right?

Nobody would call Elliot a flashy person, he's calm and kind, spending most of his time with his nose in books or playing games. But when he's finally brave enough to cosplay loud and cheerful Aoi, a female character from Magical Princess Club!, at AmAnime it changes everything. Especially when he's swept off his feet by a girl cosplaying Sakura, Aoi's best friend.
Can he really expect more than friendship when he's dressed like someone else entirely?

Izzy lives for cosplaying and conventions. She loves dressing up as magical girls because when she slips into their characters, she transforms a little too. Cosplaying and dressmaking are her ways to deal with the discomfort she feels over the body she was born in, making her feel more like her real self.
And cosplaying at AmAnime is the highlight of her year. Meeting friends, showing off her skills… And this year, somehow being face to face with a person who makes her heart beat faster than ever before.
She's always thought that dating would be out of the question, but is it?

When Elliot and Izzy impulsively team up for the yearly cosplay contest, they may win more than just a trophy… 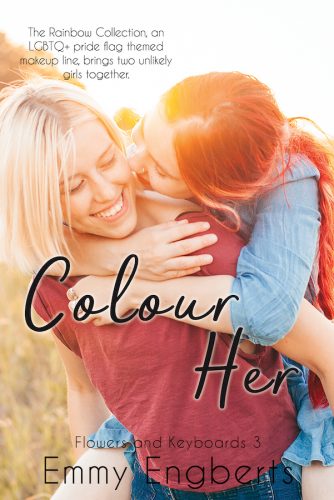 Amber runs a semi-popular makeup channel. It combines the two things she loves best, makeup and sharing her passion. While talking face-to-face with people scares her, talking to a camera is much easier, it feels safer.

That distance between herself and the people who watch her videos has always been right for her, until she meets a girl who makes her rethink that position.

Mya is a girl of many interests, from gaming to anime and manga to makeup and clothes, she loves it all. What she likes even more is to surround herself with people who enjoy similar things.

She’s good at talking to people, she loves it even. That’s why she’s training to become a primary school teacher, but there’s one problem, she hasn’t been able to pass her maths exam yet and if she fails it one more time she’ll have to drop out.

The two very different girls share one passion, makeup, and Mya has been a fan of Amber’s channel for years, a big fan. What starts as an unexpected chat in a store, followed by an anonymous gift from Mya, turns much more complicated when Amber might be the only one able to help Mya pass her maths exam.

Amber has no idea Mya sent her the makeup, and Mya doesn’t know how to tell Amber without ruining everything, breaking the fragile trust between them…