Helheim Fallen Online, the next generation VRMMORPG will be released on 2042-04-02!
Sign up NOW to win a chance to be a beta tester!

Willow's life hasn't been easy. She's autistic, living in a community closed off from the rest of the world ‘for her own safety', and the only way she gets to interact with anyone is by logging in to the BASE (Bioelectrical Augmented Synapse Enhancement) platform and play videogames.
Her life revolves around playing VRMMORPGs with her close friends and making a little extra money on the side by trading items in the games so that she can buy pizza or new games when they come out.

The game she’s saving up for right now? Helheim Fallen Online, a Norse mythology inspired game, said to be changing the landscape of gaming forever.
Only, there are rumours going around that some people who get the beta invite for the game are going missing. It’s just a rumour, until her best friend Violet wins one of the beta keys and disappears, all traces of her gone, like she was never even there.

Now Willow is fighting against the clock to not only find out where Violet went, but why more people are going missing every day, and the only way to do that is by illegally getting into Helheim Fallen Online, play the game, and expose whoever is making people disappear.
And, above all, make sure she doesn’t get caught in the meantime and disappears herself.
She has ten days to pull it off.

Read the first chapter for free: BASE Status: Online Chapter 1 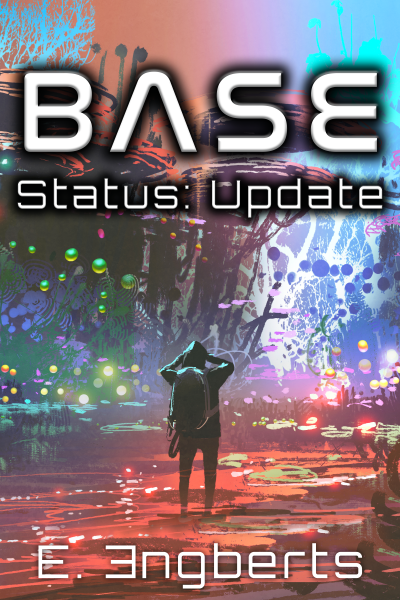 Amazon (will be added closer to release)

Augmented reality like you’ve never experienced before!
No more need for headsets or other devices to dive into a virtual world, everything comes right from your BASE unit!
Try out this brand new experience with Shades of the Spirit World!

After saving Helheim Fallen Online from certain company destruction and a lot of people from harm, Willow’s life seems to be going in the right direction. She has a job, her best friends in the guild she plays in and plans for the future. A future that she never thought she’d be able to get not even six months ago, a future that was kept from her because she’s autistic.

Now an update to the BASE (Bioelectrical Augmented Synapse Enhancement) unit and platform open up a world of opportunities for her. It promises a full virtual reality experience but as an augmented reality instead, something she’s been wishing for for years.

The new game that’s going to be released at the same time as the update, Shades of the Spirit World, at first just seems like a fun way to spend the time. It’s not the most complicated or involved of games, but it looks beautiful. That is, until some strange things start to happen in the AR world. Some AI are showing very human traits, more so than anything she’s seen before.
And when there are reports of AI going rogue and killing other AI, something the game hadn’t been programmed to do, things start to get really interesting.

Read the first chapter for free: Base Status: Update Chapter 1