Here is a list of all the audiobooks published under Easily Distracted Media. This list will grow as more books become available and as more storefronts are added. Check back regularly to make sure you don't miss anything. 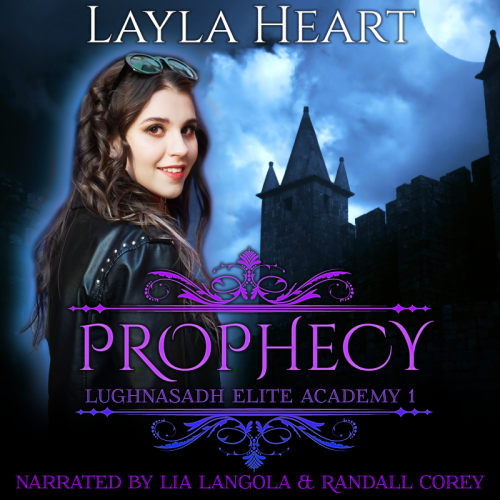 Listen to a sample of Prophecy (Lughnasadh Elite Academy 1) now:

One clueless queen-to-be, four princes to change her world forever.

Before her vital first cup of coffee in the morning, Litha finds out she’s a witch and is suddenly transported to a magical world she didn’t know existed. As if that wasn’t strange enough, it turns out that she’s prophesied to be queen and her parents only took her to the human world to protect her from those who want her dead. But now she’s at Lughnasadh Elite Academy and face to face with her four potential… kings?

It doesn’t help that all four princes are sexy and hot and make her insides squirm when she catches sight of them. There is Bane, the werewolf prince, all broody and with hair sticking up like he just got out of bed. Kit, the incubus prince, whose wicked smile melts anyone’s unmentionables. Rune, the dragon prince, protective and with muscles like he’s a moving mountain. And last, but definitely not least, Finn, the fae prince, quiet but intense, with eyes like a summer forest.

According to the prophecy, Litha will marry the true ruler of the four kingdoms. But having grown up human, in the human world, she has no idea where to start making sense of all of it, and the four princes pursuing her really don’t help with trying to figure it all out. 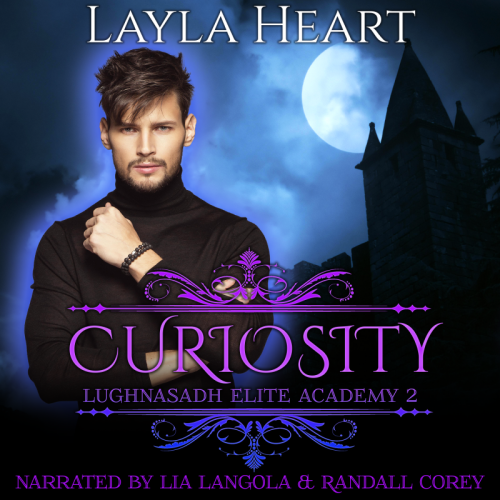 Listen to a sample of Curiosity (Lughnasadh Elite Academy 2) now:

One stolen prophecy, four sexy princes to protect her.

As if being sent to a magical world she has no knowledge of wasn’t bad enough for Litha, she finds out that her parents have gone into hiding and that all the documents about her prophecy have been stolen.

The four princes, Bane, Kit, Rune and Finn, have sworn to protect her at all costs, but it seems that those costs may be higher than they expected, especially when some of them have their own battles to fight.

A trip to the headmaster’s office in the dead of night, followed by a very special breakfast is only the start of their new adventure together. 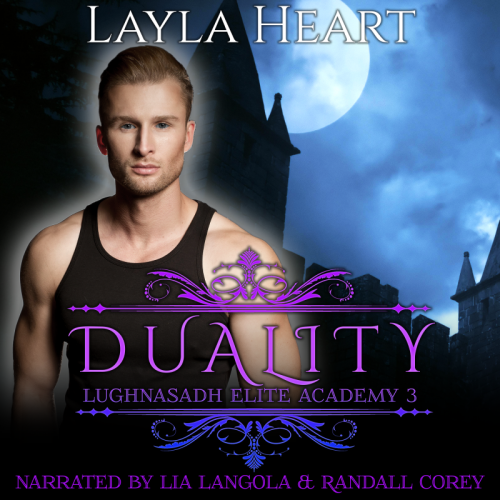 Listen to a sample of Duality (Lughnasadh Elite Academy 3) now:

One secret between princes, six students called in to see the headmaster.

The last couple of days haven’t been easy on Litha, being sent to a world she had no knowledge of, finding out she’s part of a prophecy which will bring peace to the four kingdoms, getting pursued by four sexy princes and finally walking in on her hot roommate getting ready for bed. The last one she definitely didn’t do on purpose.

But things between the princes aren’t going as well as they appeared either, Rune has been keeping a big secret and Kit is very hurt when he finds out about it, putting strain on the friendships of all four men.

Having added another member to their harem, daughter of the highest witch priestess, Phoenix, the six are called to the headmaster’s place for a ‘chat’, and that can’t mean anything good…